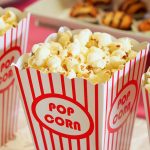 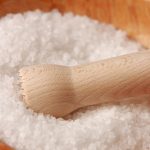 First, note there are two different types of arsenic. Organic arsenic is a semi-metallic element that appears naturally all over our planet – it’s all around us in the ground, water and even the air.

It’s the inorganic arsenic that we need to worry about. Inorganic arsenic has industrial uses including cleaning agents and pesticides. When you hear about acute arsenic poisoning, it is generally from high exposures from industrial applications — these cases lead to severe reactions like hemolysis, tachycardia, and seizures.

But what about trace exposures to inorganic arsenic in food?

Because of its high absorption of arsenic, rice is one of the most problematic food sources when it comes to arsenic levels. And rice is a major staple of our diets – it’s baby food, it’s a carbohydrate that is available on just about every menu and – with all the gluten free diet options – rice flour is being used more and more often. Oh and don’t forget about sushi!

So we’re eating a lot of rice.

Ironically, the FDA does not yet regulate arsenic levels, so there is no official government word on the safety of arsenic in food. (In an April 2016 FDA news release, the FDA proposed to limit arsenic levels to 100 parts per billion (ppb) in infant rice products, but there is still no official limit).

But doctors at Consumer Reports made some recommendations on acceptable arsenic levels. The standard guideline for arsenic in drinking water is no more than 10 ppb per liter of water, so that established a baseline to measure against rice. Consumer reports then evaluated just about every brand of rice for arsenic levels. And the results were off the charts:

On average, only 2 servings of rice contain an entire week’s limit of arsenic.

But many US adults are eating 2 or more servings of rice per day. So day after day, the amount of inorganic arsenic being ingested is adding up.

And the health consequences of arsenic are severe.

Arsenic has been linked to cancers including skin, lung, bladder, kidney, liver and prostate. So it’s important to keep an eye on the arsenic in food, and how much you’re eating on a daily basis.

So what can you do to limit arsenic in rice?

Also, it’s important to thoroughly rinse your basmati rice before cooking. Some nutrients will be lost during the rinse, but you can make up for the missing nutrients much easier than trying to process the extra arsenic.

References: Is Arsenic in Rice Harmful?