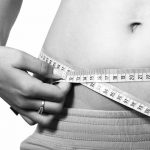 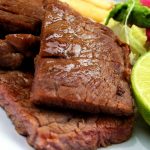 Regardless, studies such as this led many to believe the misconception that a low-fat diet must help lower the risk of heart disease.

Over the course of decades, the food industry began to catch on that marketing foods as “low-fat” would appeal to those who wanted to lose weight and avoid heart disease. These food products typically lowered fat content by replacing the fat with carbohydrates, heavily processed ingredients and high amounts of sodium.

And since there are 9 calories in a gram of fat (vs only 4 calories in a gram of carbohydrates), food products that substituted carbs for fat could be marketed as “low-calorie.” This calorie difference caused further confusion in the marketplace since low-fat/lower-calorie food seemed to support weight loss.

In the 1990s, this became known as the “Snackwell’s phenomenon” where consumers began eating large quantities of “Heart Healthy” cookies and snacks that were low in fat but high in carbohydrates. But since these foods had the AHA Heart Healthy seal, consumers were under the impression that these carb-based snacks lowered the risk of heart disease and obesity.

In 1993, the Women’s Health Initiative Dietary Modification Trial began studying 50,000 women between the ages of 50-79. About half the women were instructed to lower their dietary fat intake from 38% of their daily calories to only 20%. The WHIDM tracked all 50,000 women for 8 years and concluded that there was no difference in risk for heart disease or colorectal cancer between those on the low fat diet vs normal diet. Even more, there was no significant weight gain or loss between the low-fat vs normal-fat diets.

But it doesn’t stop there. Representatives from the Harvard University School of Public Health, including Walter Willett and Dariush Mozaffarian, further criticized the low fat-diet myth saying:

“Low fat diets are usually high in carbohydrates, often from rapidly-digested foods such as white flour, white rice, potatoes, sugary drinks, and refined snacks. Eating lots of these ‘fast carbs’ can cause quick, sharp spikes in blood sugar and insulin levels, and over time can increase the risk of diabetes and heart disease.”

So low-fat diets are not only high in carbs, they are also high in the carbs that are most closely linked to insulin spikes, diabetes and heart disease.

But the flawed logic of a low-fat diet is understandable. Low fat usually implies less calories. And since there is a link between obesity and heart disease, it can seem like a viable option to eat low fat in an effort to lose weight. However, if you’re simply substituting low fat for high-carbs, be careful about canceling out whatever benefits you might get. Because eating high quantities of low-fat/high-carb foods can easily trick you into eating more calories and – perhaps even worse – lead to blood sugar spikes, diabetes and the very same type of heart disease a low-fat diet allegedly prevents.