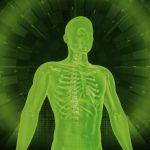 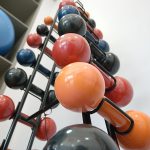 So an actual study was done to determine whether or not chocolate can give you a performance boost. It turns out there are dark chocolate workout benefits, but there’s an interesting twist.

Here’s how the test was carried out…

Nine male cyclists were selected. At the beginning of the trial, they were each measured to get a baseline level for their VO2Max and their Gas Exchange Threshold (GET).

Then, the nine were randomly split into two groups.

For two weeks one of the groups ate 40 grams of Dark Chocolate per day, and the other ate White Chocolate.

They were then measured in the same stress test where they established the baselines.

In the group who had eaten Dark Chocolate, their VO2max increased by 6%.  The White Chocolate group did not see a statically relevant increase.

And here’s the twist.

The test was repeated, but this time the subjects switched chocolates. The group who had had the dark chocolate was assigned to eating white chocolate, and vice versa.

For another two weeks, the groups ate 40 grams of white/dark chocolate.

The stress test was repeated at the end of two weeks.

And again the Dark Chocolate group got the 6% increase in VO2max!

The study didn’t name the brand, but the Hershey’s Special Dark in the photo is 41 grams – basically the same amount the cyclists ate ever day. That’s a lotta chocolate…I’ll take their word that this works. 🙂

The full results of the dark chocolate workout benefits study were published in the Journal of the Society of International Sports Medicine (written by Rishikesh Kankesh Patel, James Brouner and Owen Spendiff). It’s a very thorough study, including all the detail about how measurements were taken and what the participants were required to do. Check out the source if you want to dig in a little deeper.