Protein Absorption - How Much Protein Can You Absorb In One Meal? 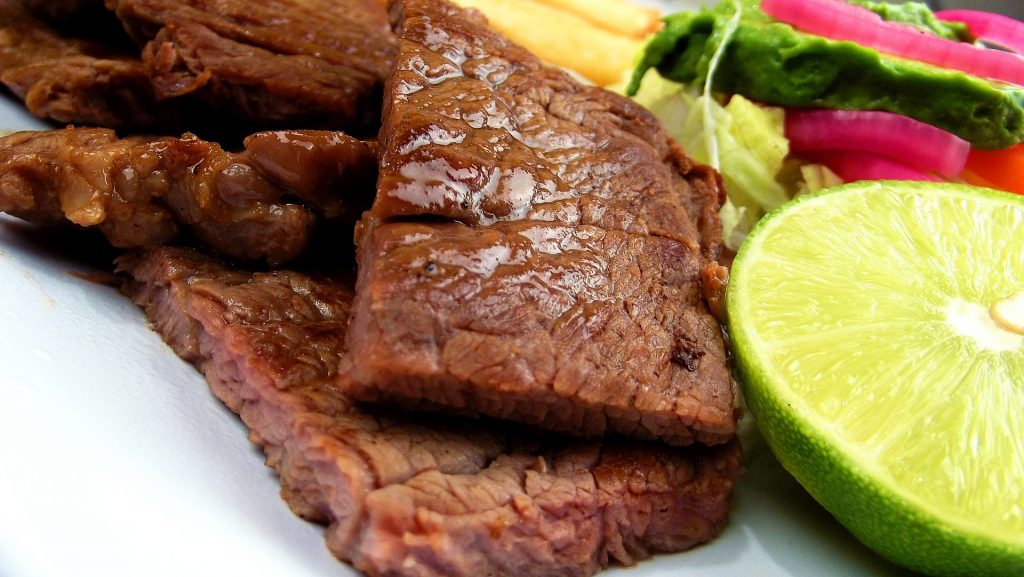 In this study, researches put protein absorption to the test. Volunteer test subjects were given strict amounts of protein while the research team monitored them and measured actual muscle synthesis.

And the results of the protein absorption test were surprising.

Both groups were given 30 grams of protein (113 grams of 90% lean beef). Tests were run to sample the actual muscle synthesis, and in both the adult and elderly groups, muscle synthesis increased by 50%. So protein is not only directly related to muscle synthesis, but it provided the same benefit regardless of age.

But will increasing the amount of protein also increase protein absorption level?

So muscle synthesis limits out at 30 grams of protein per meal.

Anything over 30 grams is converted to glucose. But once the protein has become glucose it no longer has its muscle building properties.

For instance, a 6 ounce chicken breast has 52 grams of protein. For most, this average serving of chicken will leave about 20 unused grams of protein that will be converted to glucose (i.e. blood sugar).

There were a couple questions not addressed in the study:

Fortunately, one of the researches answered these questions on YouTube. Douglas Paddon-Jones is a nutrition and metabolism professor with the University of Texas who was on the protein absorption research team.

Paddon-Jones posted a video where he detailed the protein absorption test results, including some answers that didn’t make it into the published study. If you have 30 minutes to spare, its a great overview on this topic that also underscores the importance of muscle mass with aging. I’ll post a link to the video below, but first here’s how he addressed the two questions:

Does protein absorption change when exercise is introduced?

In the clinical study, the subjects were not allowed to exercise and their protein absorption limited out at 30 grams. In a follow up study, the researchers added exercise into the mix and found something really interesting.

So combining protein with exercise provided a 50% increase in muscle synthesis compared to diet alone – again we see a positive link between fitness and nutrition.

And how frequently should you eat to maximize protein absorption?

Paddon-Jones studied typical American diet patterns over breakfast, lunch and dinner. He noticed that breakfast and lunch were usually below 30 grams of protein, with dinner going over 30 grams.

He suggested that the time difference between breakfast, lunch and dinner was about optimal for protein absorption (he didn’t factor for mid meal snacks).

But he went on to emphasize that the 30 grams of protein should be taken at each meal. You won’t get the same benefits if you were to have 10 grams at breakfast, 15 at lunch, and 65 at dinner…in this example, you’d lose the benefits of the protein window during breakfast and lunch, then waste 35 grams of protein at dinner. The goal is to hover around 30 grams at each meal.

Bear in mind that the research was based on a target 90 grams per day of protein. Personally, I like the “1 gram of protein per pound” rule of thumb…so the research points to 30 grams of protein about 5-6 times per day.

So the next time you’re about to put that extra scoop of protein powder in your smoothie, consider whether you’re adding more muscle building power…or more glucose.

And below is the full video by Paddon-Jones (or you can go to the source and read the study). The latter portion of the video is where he gets into the critical relationship of maintaining muscle mass and how it contributes to healthy aging. Definitely worth a look.